We were contacted initially by the client to see if we could supply a water blade as his current contractor wasn’t able to source one after his wife had been following one of our vans to be installed on his koi pond build.

The issue was the size the client/landscaper wanted wasn’t what was available as an off the shelf product.

The dimensions were sent over and we had a bespoke unit made within 24hrs which neither of them was expecting.

About a month later the client called to say that he no longer was using the landscaper and would we come back to talk over taking on the koi pond works.

When we returned the landscaper had built a koi pond however, he had bought filtration which was not up to the job, had not sealed the pond and caused various other issues on site.

First thing we did was cleaned out the pond, dried it out and fibreglassed it so it was watertight.

Once this was dry we were about to order the glass for the window however, we were told this had been previously ordered by the landscaper and was about to arrive 2 days later.

This was put into place to see if it fitted and it didn’t! it was too big.

The reason it was too big was because the landscaper had ordered the glass prior to the pond being sealed. Once the pond had been sealed the dimensions for the window were smaller due to the fibreglass enclosing it slightly.

So now we had a couple of ways to deal with this.

one was to order a new piece of glass however this was too expensive and a waste of the current window.

Two was to get the glass polished down however, this meant taking it back to the manufacturer and at over 3.5m long this was a nonstarter.

So, the 3rd option was to sand down around the frame and see if we could make the glass fit. The frame area was slowly sanded down with a finger sander as its more accurate and controllable and then glass eventually fitted.

Why wasn’t the glass cut to size? Koi pond windows are made from heat treated toughened glass and this cannot be cut!

The window was fitted & re fibreglassed around the areas that had been sanded down. Once dried it was sealed with aquatic sealant to hold it in place/stop it leaking.

The revised filtration set up was installed and the Koi pond was filled up.

The pond had been running without fish for about a month when another customer we had previously built a koi pond for in Loughton, Essex called to say they needed their fish rehomed because they had sold their house and the new owners were decommissioning the pond

The koi were taken from their old home and given to our new customer in Cheshunt, Hertfordshire which he was incredibly grateful for. 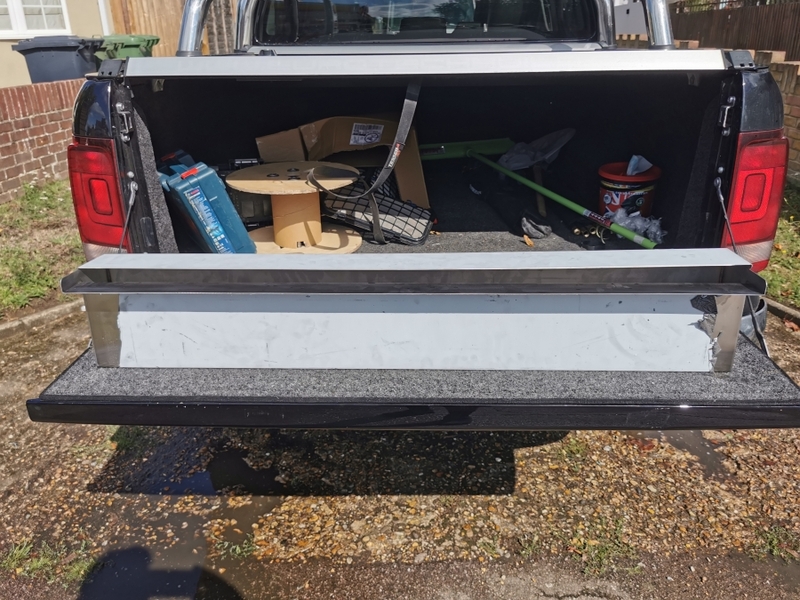 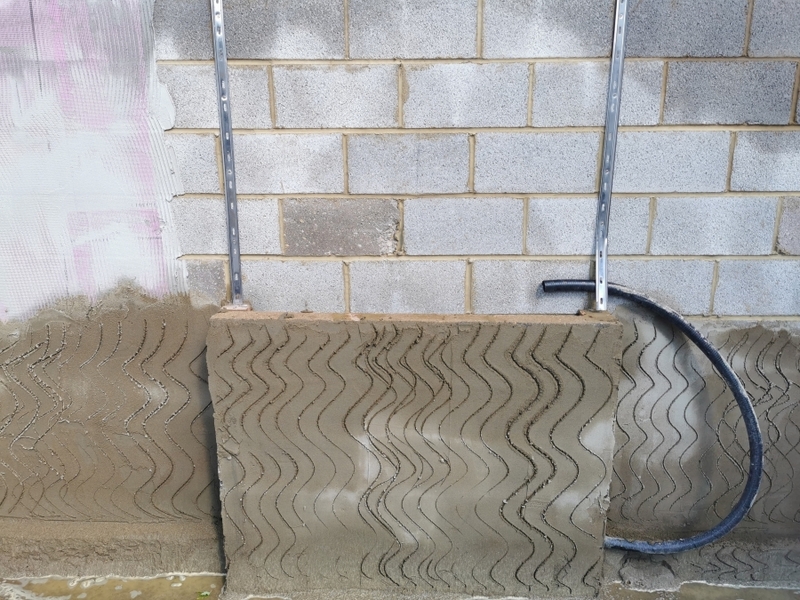 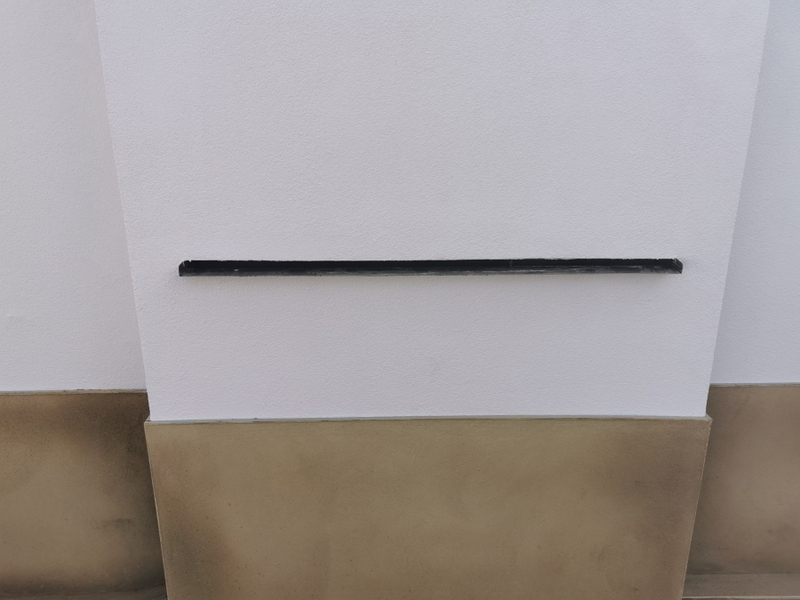 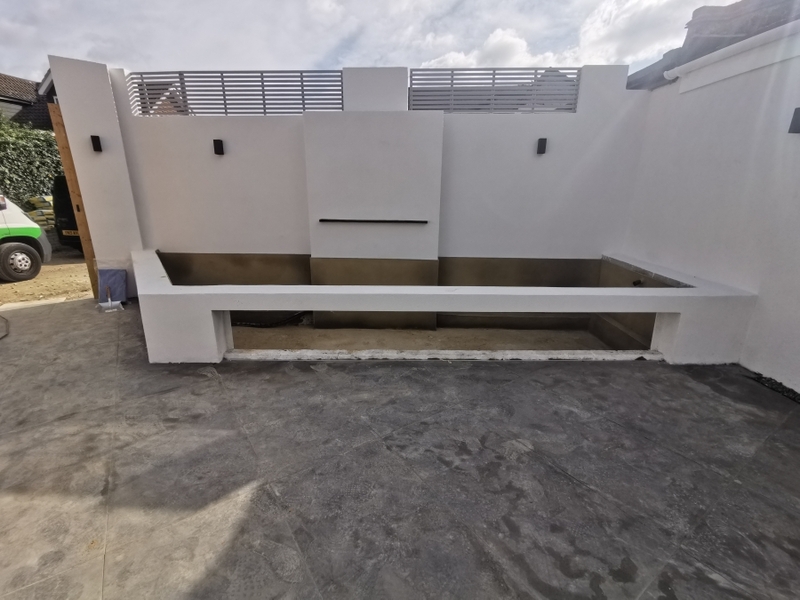 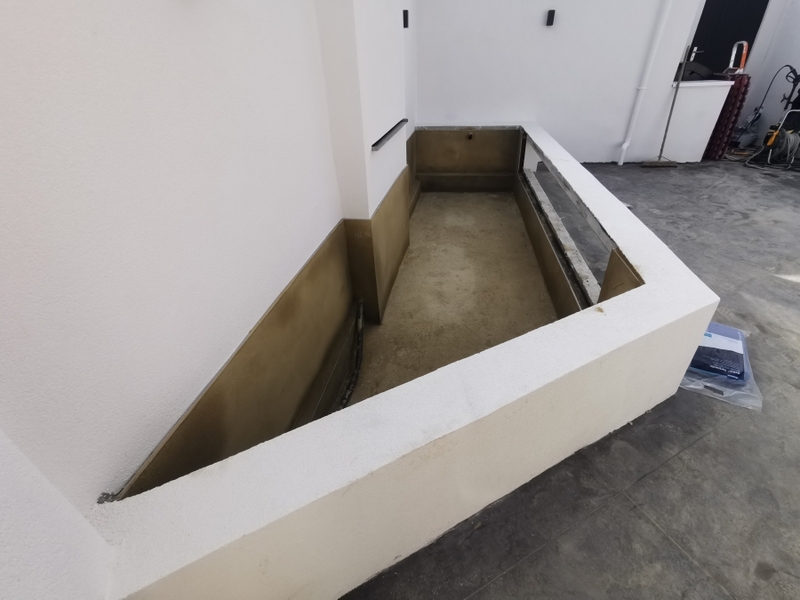 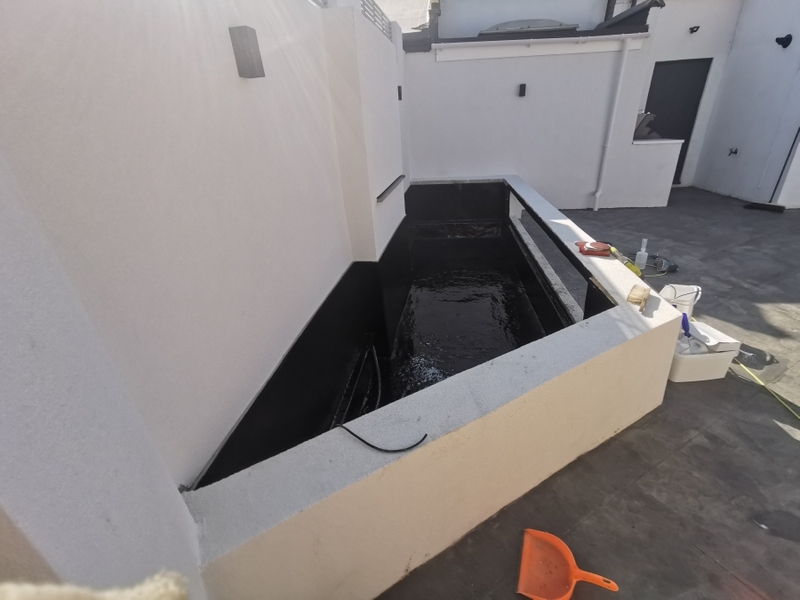 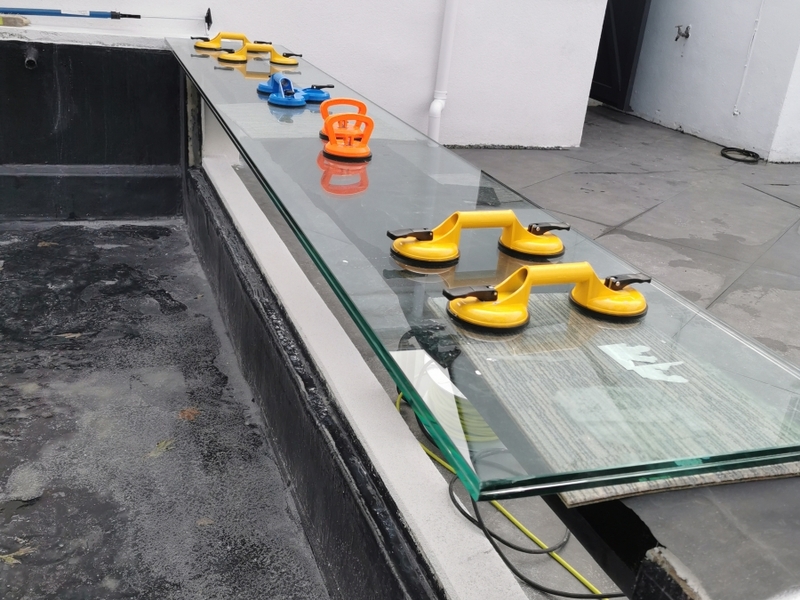 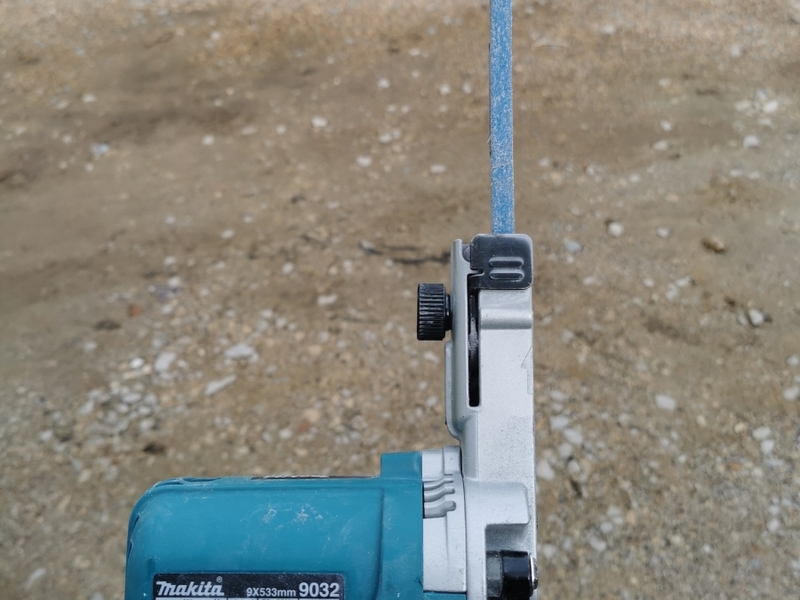 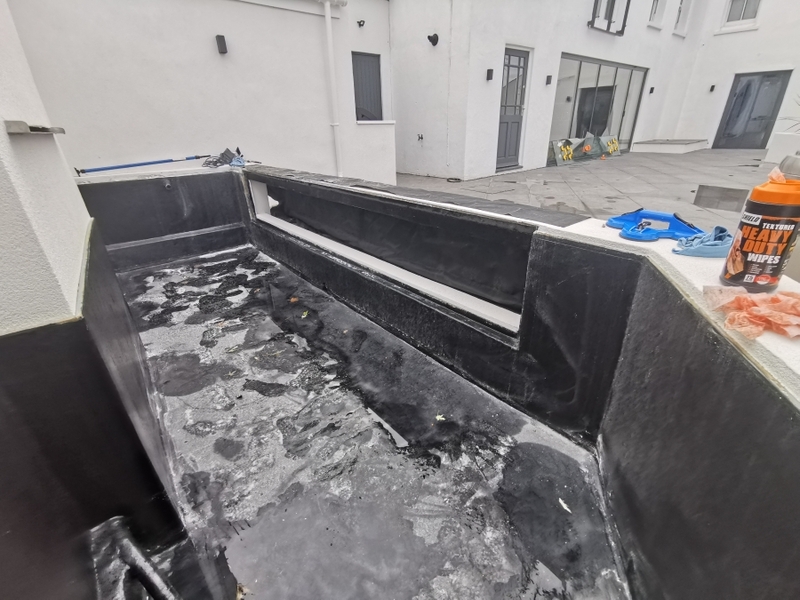 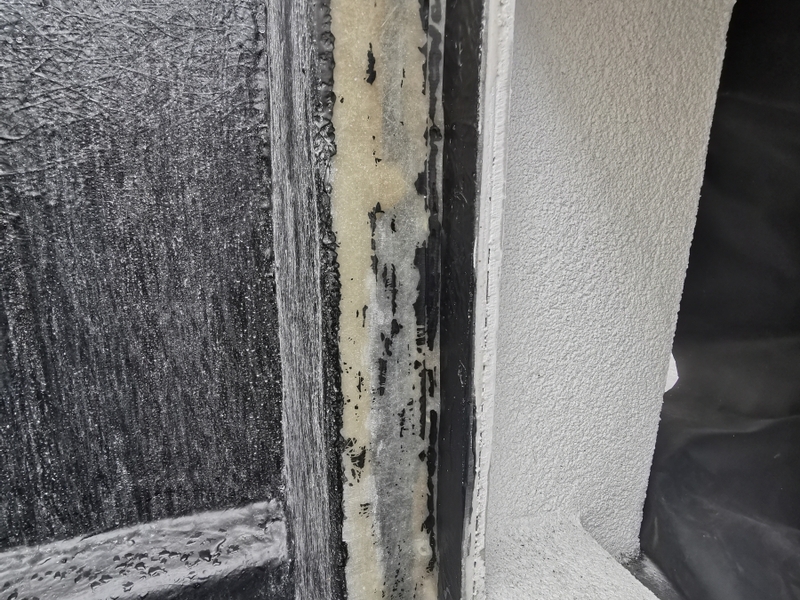 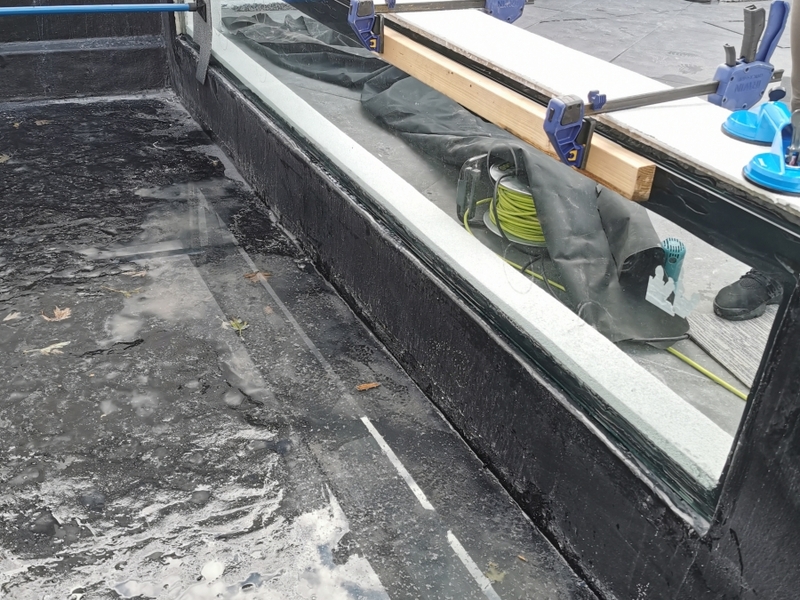 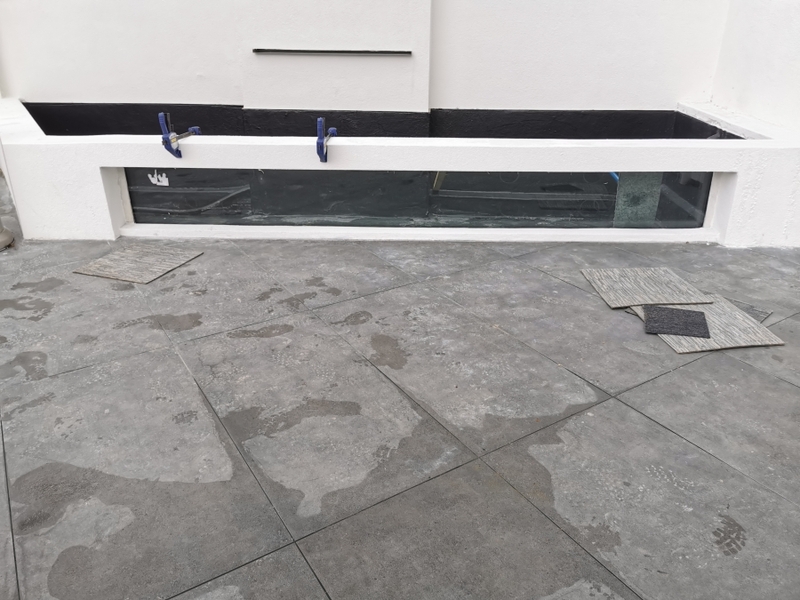 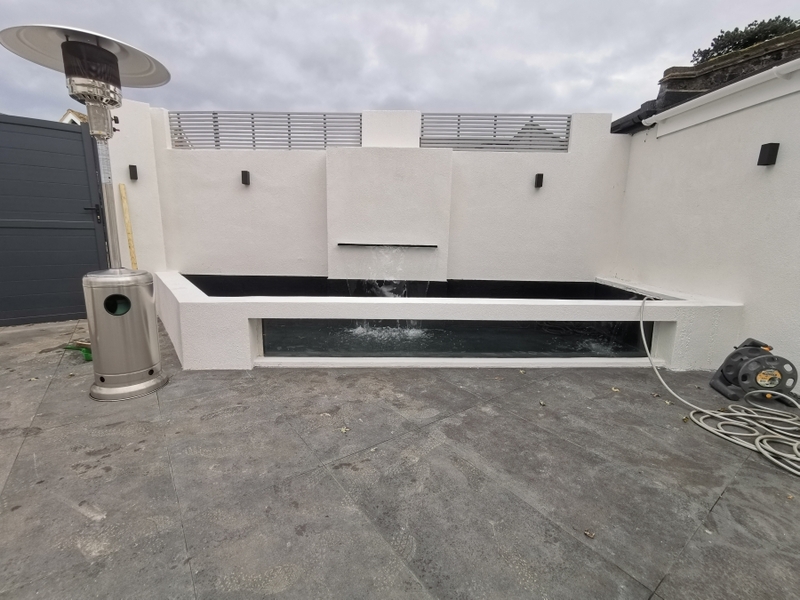 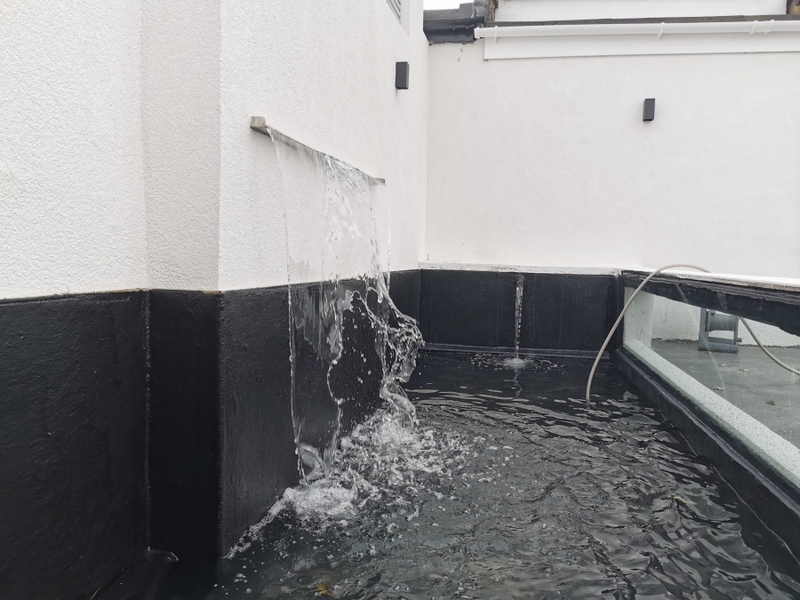 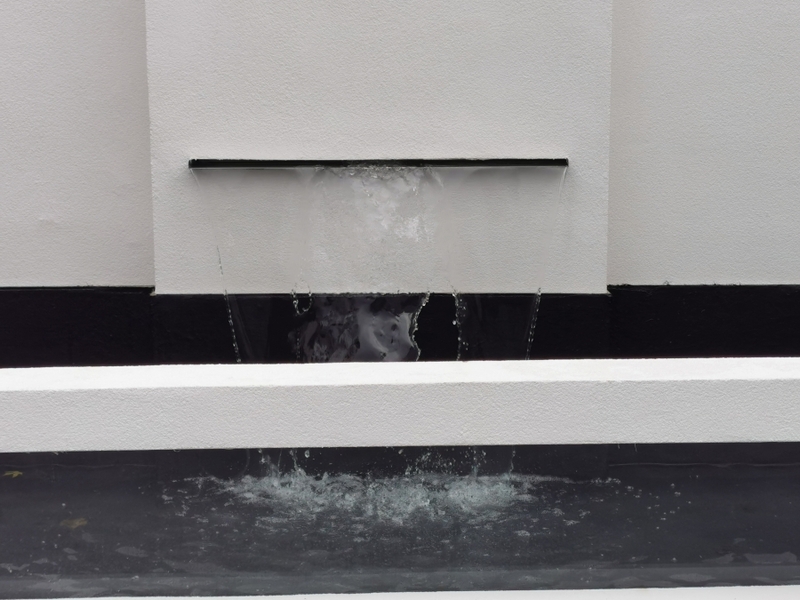 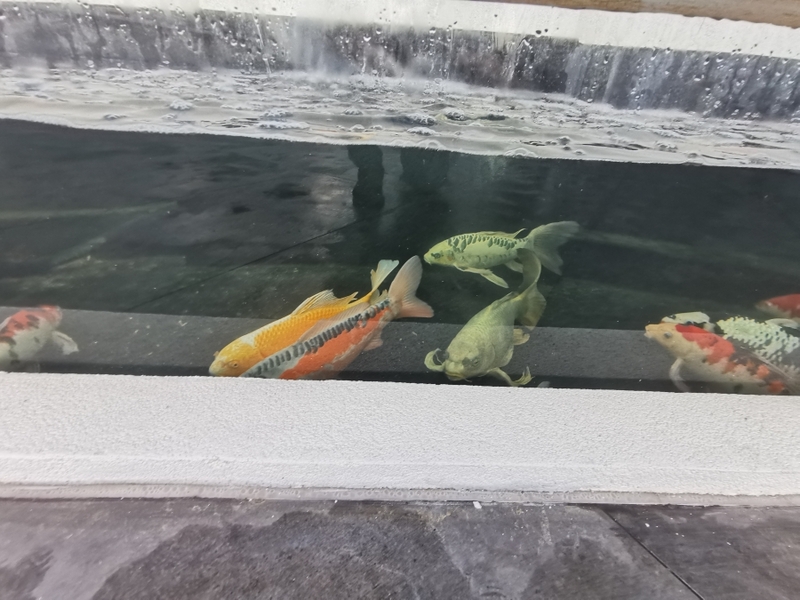 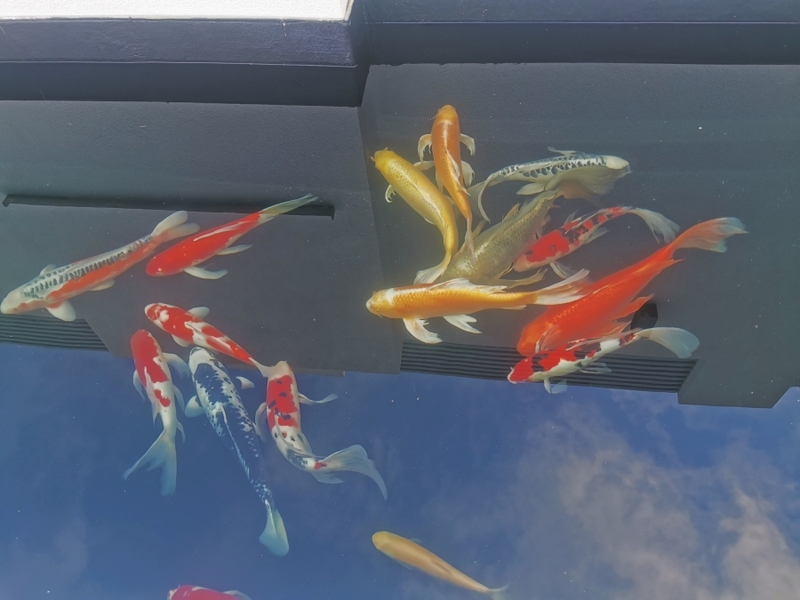 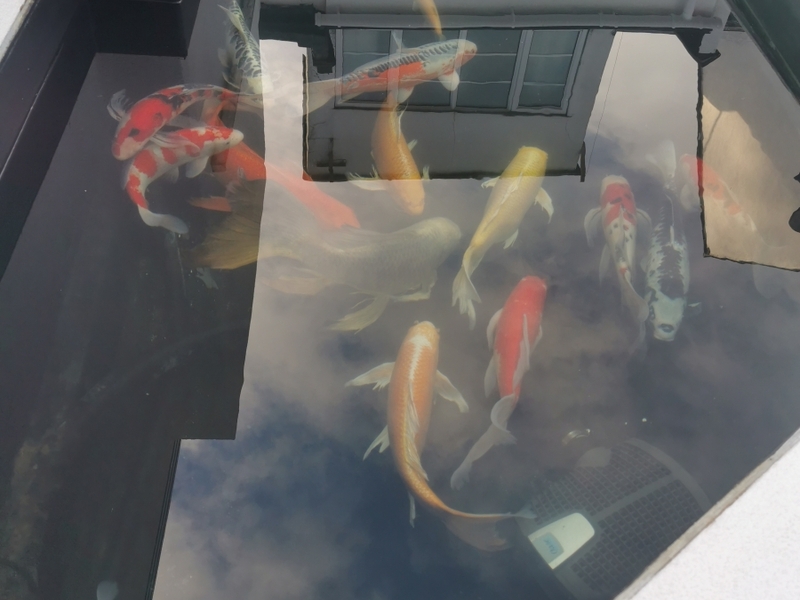 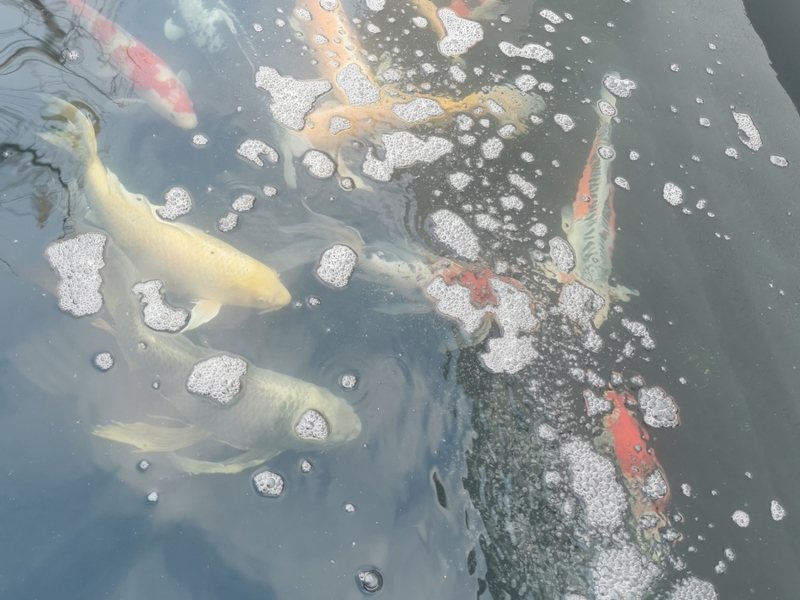