This water feature in Totteridge, London had previously been sealed using a bespoke butyl liner however the swimming pool man who maintained it had added soo much chlorine over the years it had perished along with the filter sponges inside the Oase filterclear 15000 that was meant to keep it clean and clear!

Upon instpection is was decided the liner was beyond repair so we removed the liner, the polyfelt underlay and inspected the structure.

This hadn't been finished to any sort of condition to seal so we then rendered the whole structure using plastic render beads due to it being used for a water feature.

Once it was dry the walls and floor were sealed using Impermax Humidity primer to prevent any moisture from creating bubbles in the final layers of paint.

Then two layer of Impermax paint were applied and once dry we sealed around the pipework using Firestone QuickSeam™ Pipe Flashin. 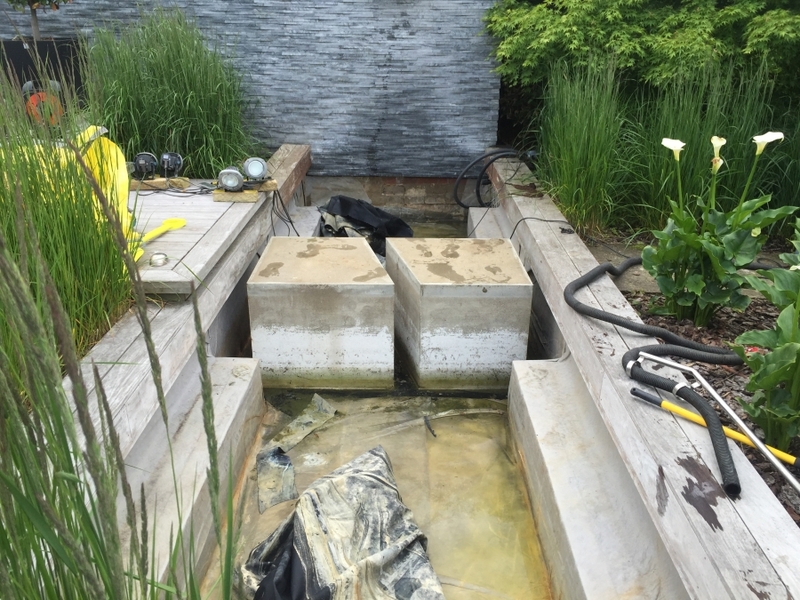 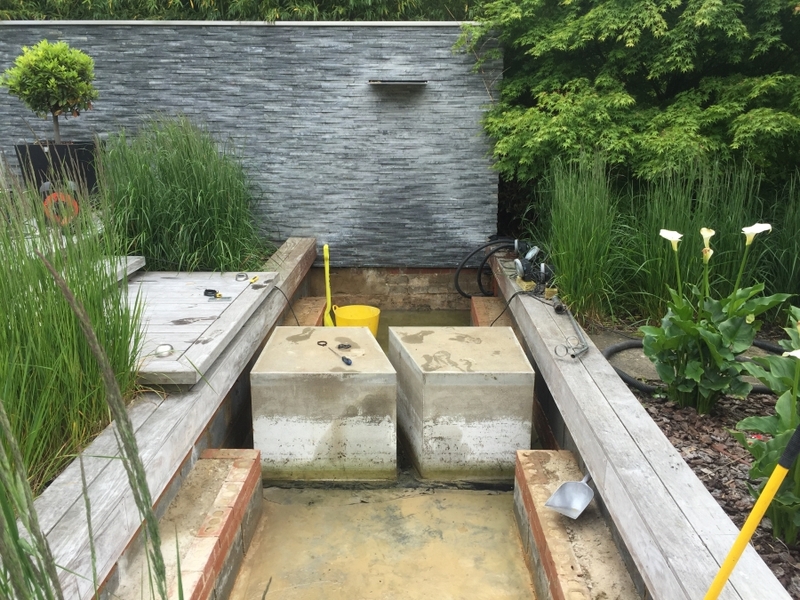 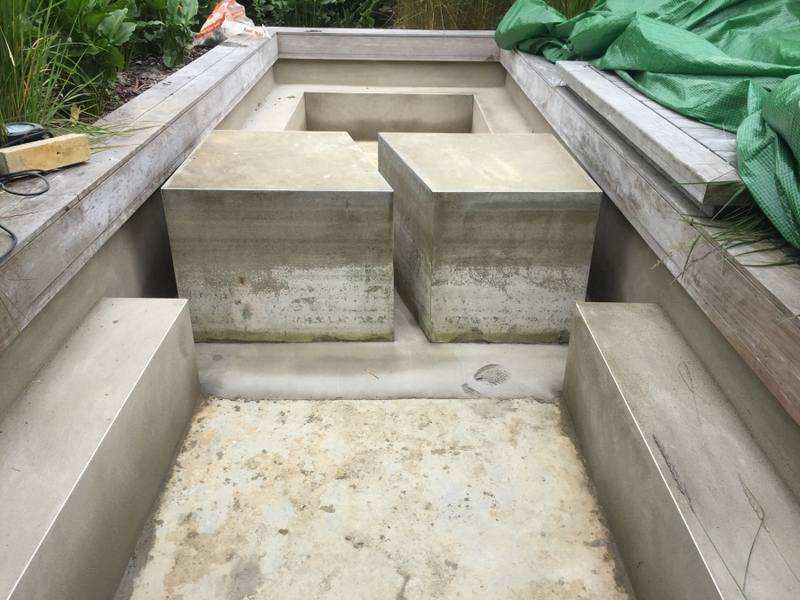 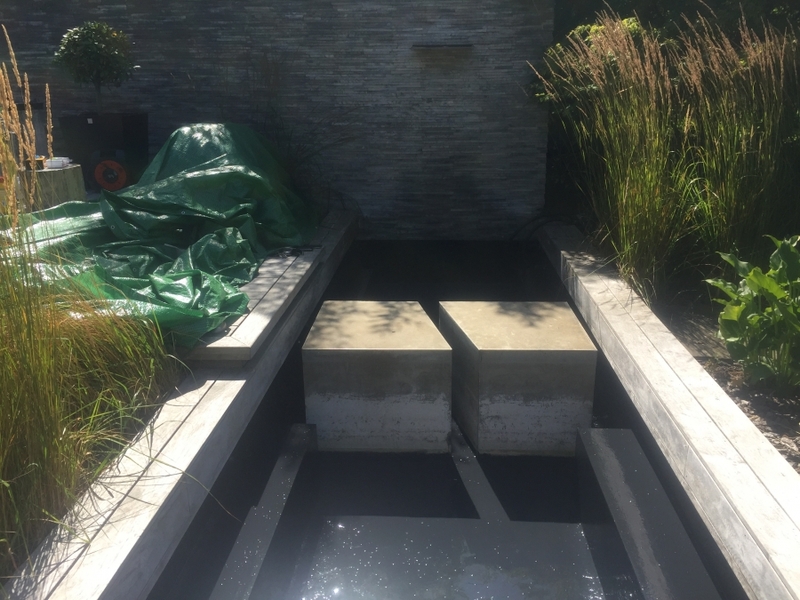 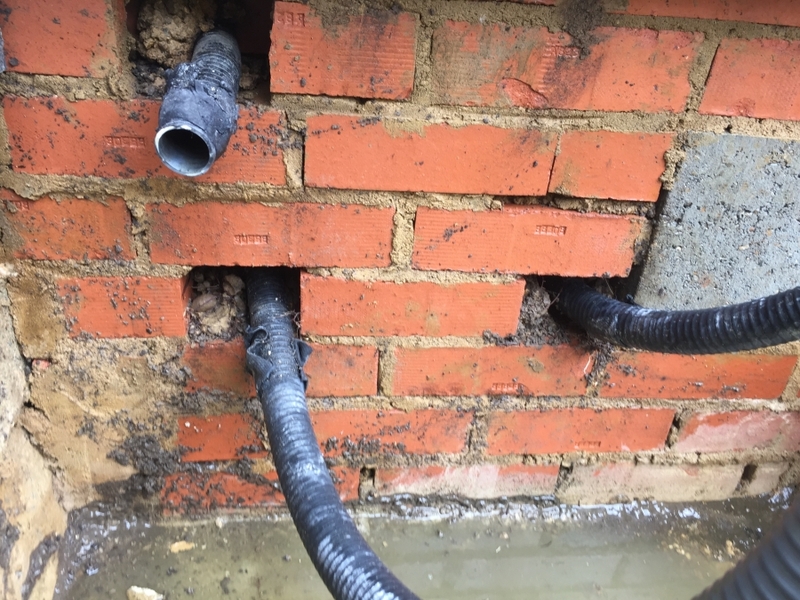 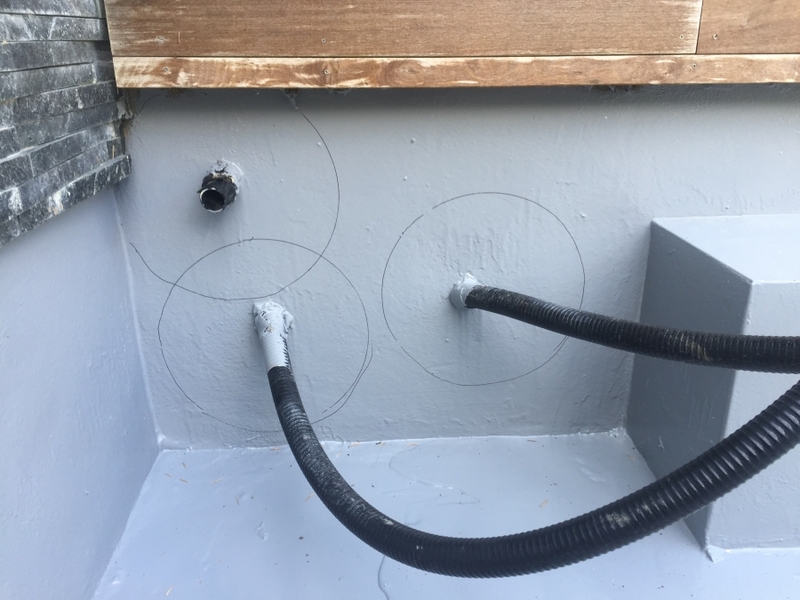 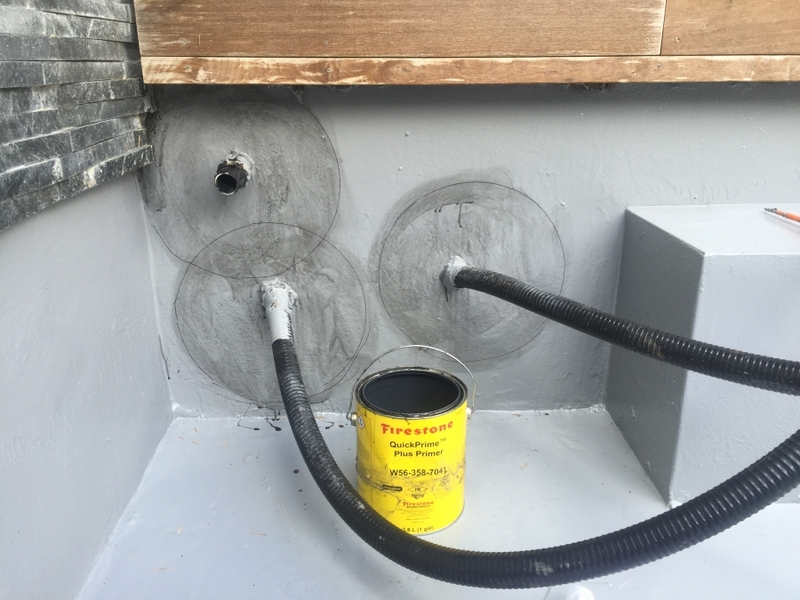 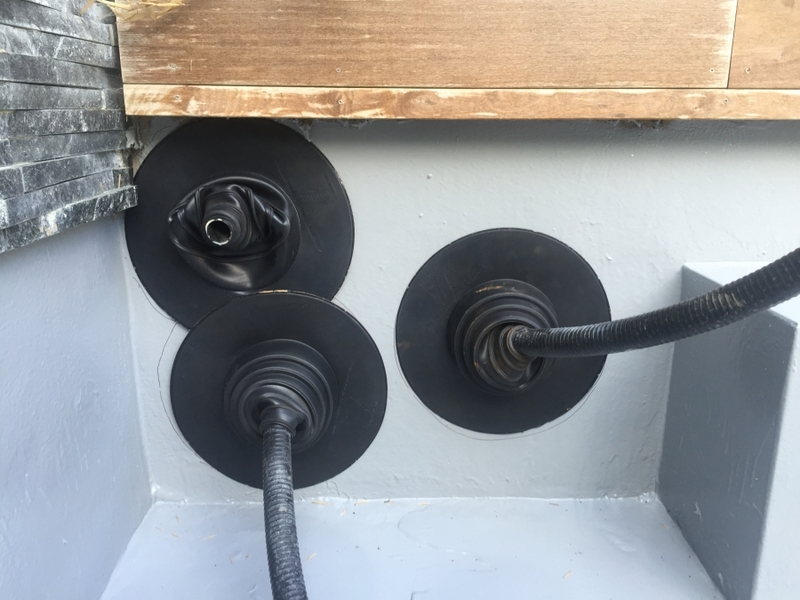 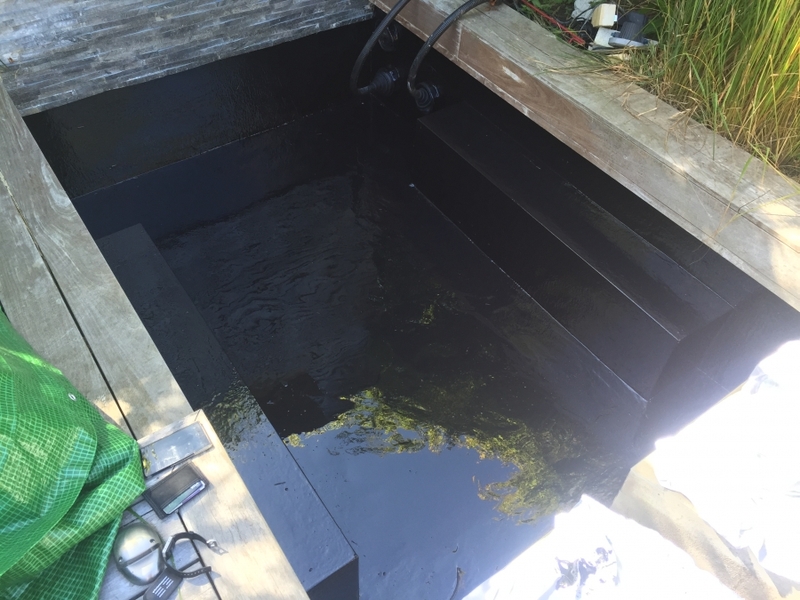 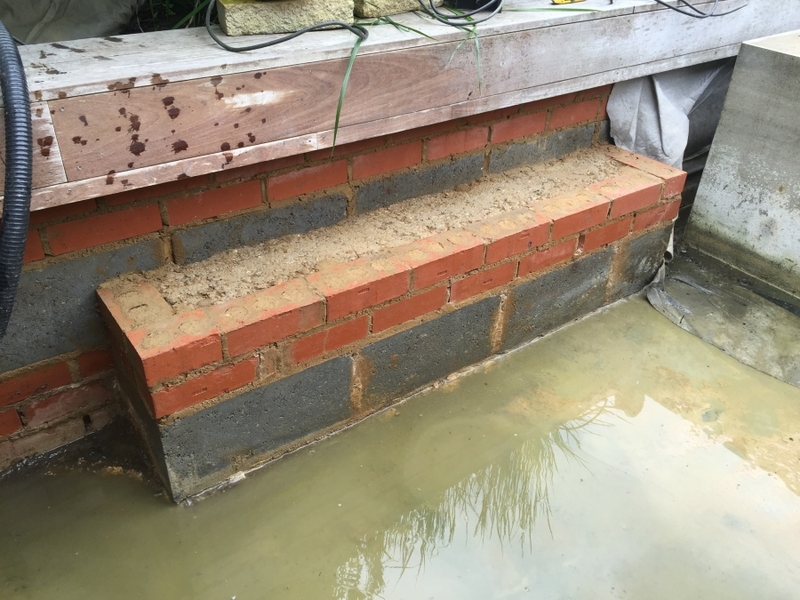 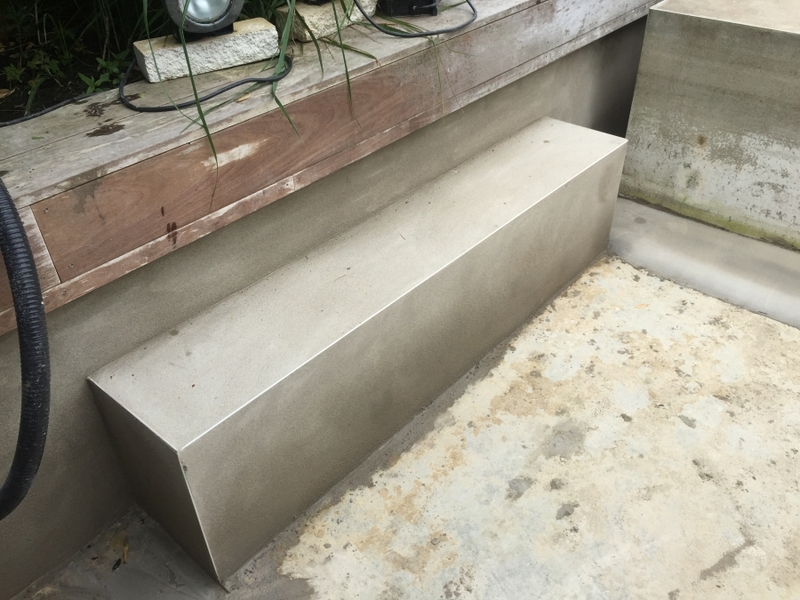 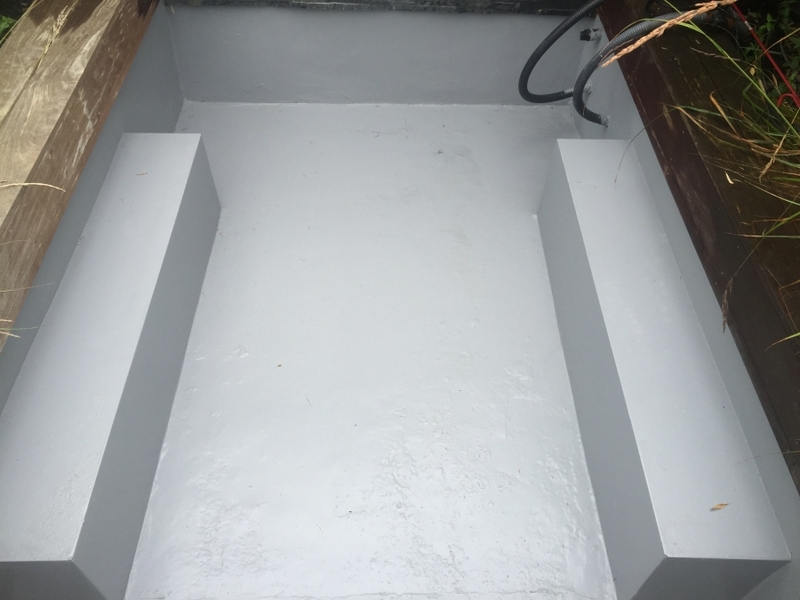 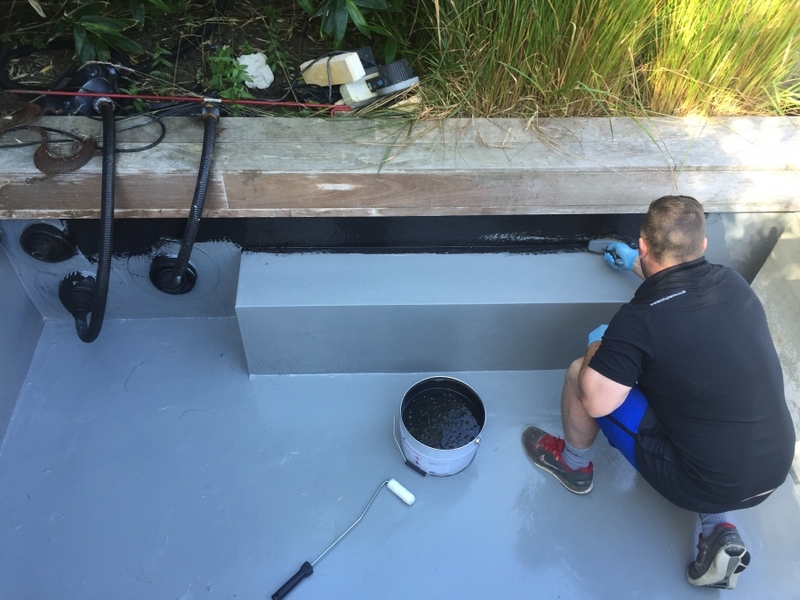 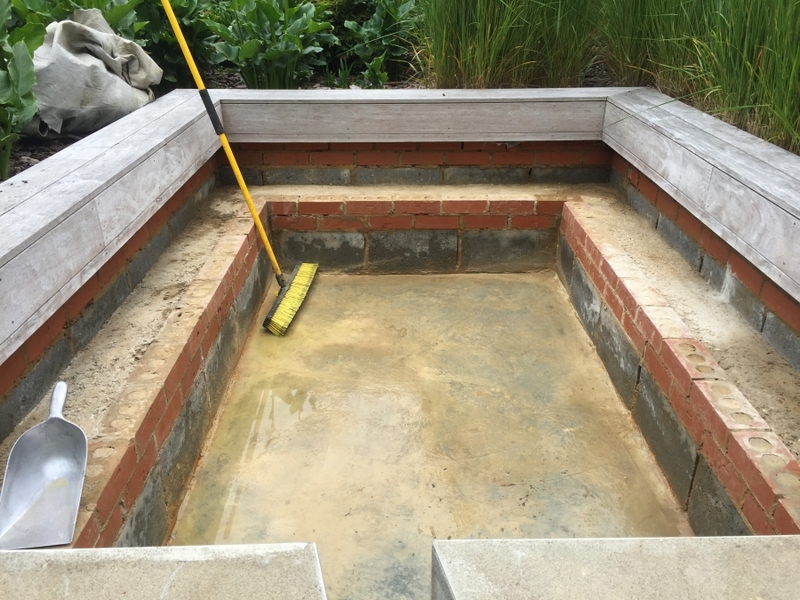 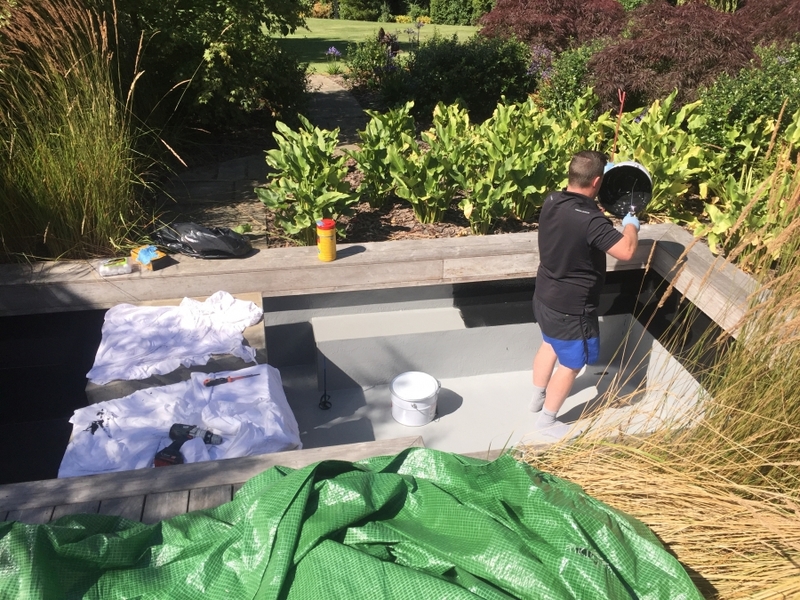 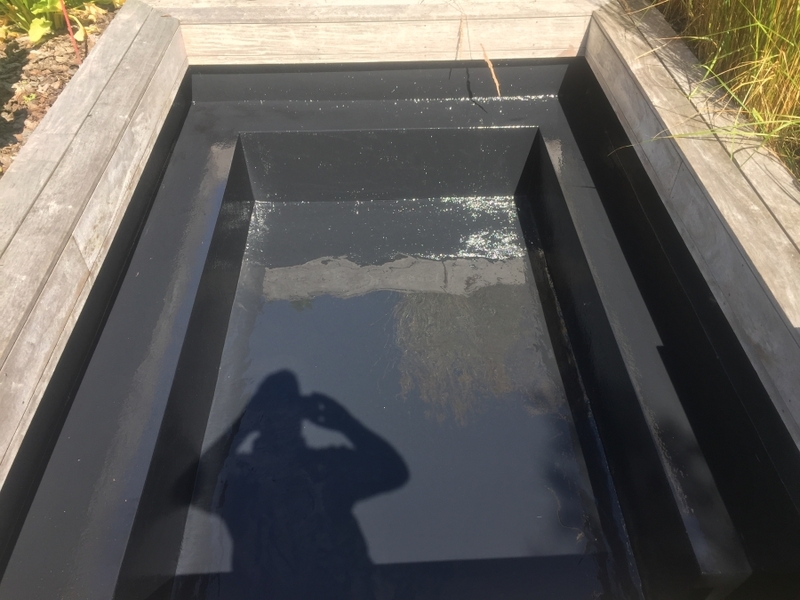